No, I’m not talking about Britney Spears song. I’m talking about another photo shoot for Cutting Edge Entertainment. As you might remember, a few months ago, Craig Sumsky (owner of Cutting Edge) invited me over to photograph his crew (you can see the images here). I had a lot of fun and enjoyed “working” with the guys and I didn’t need much convincing when he asked me to do it again. Pedro Coelho, who is the creative director at CEE, wasn’t present at the previous shoot and said that he was sorry that he had missed it. The first time around, it was done in the spur of the moment. I didn’t know any of the guys, I didn’t know the place and what to expect. This time, I wanted something more controlled. This was a very long photo shoot and we got some amazing images (as you will see).

Everything started with an image he sent me: http://images.clubzone.com/images/upload/21%287%29.jpg

Pedro is also a DJ and you can see his talent at Bocca in Old City. He sent me an image of renown DJ David Guetta and told me that he likes the feel of that image. What I took from that picture was the movement and fun. So that gave me the idea for the concept of the shoot (not an easy task portraying that with still images). I had many ideas and with this post you will see one of them. This particular image was actually done at the end of the day and it took about 5-10 minutes. Here is the final image: 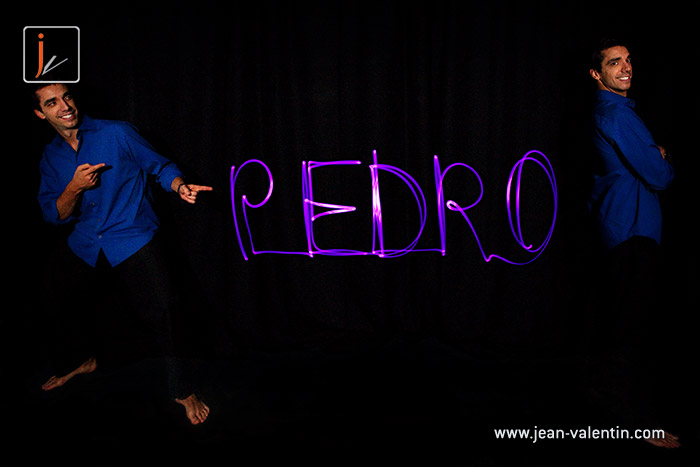 The technique used is called painting with light. At one of the meetings, I mentioned to him that I might try it, at which he asked me if he can write his name. My writing looks bad on paper, let alone try doing it with a light. I have to say that I was skeptical that he can do it. I have never seen anybody writing in complete darkness, without any point of reference so good. And I’m sure there are other people that think the same. For this reason I am including some outtakes from the shoot: 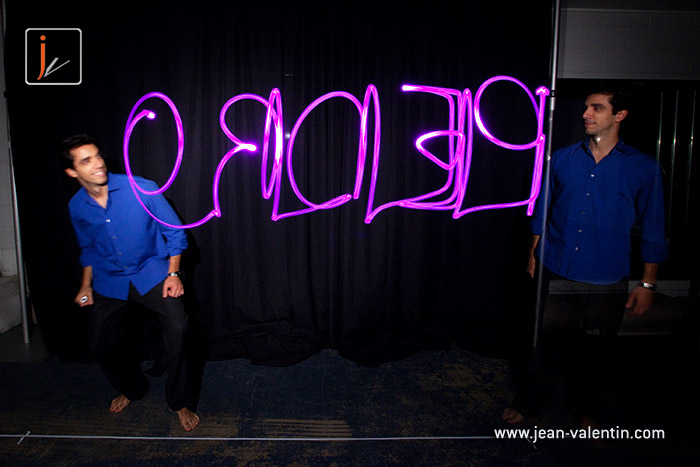 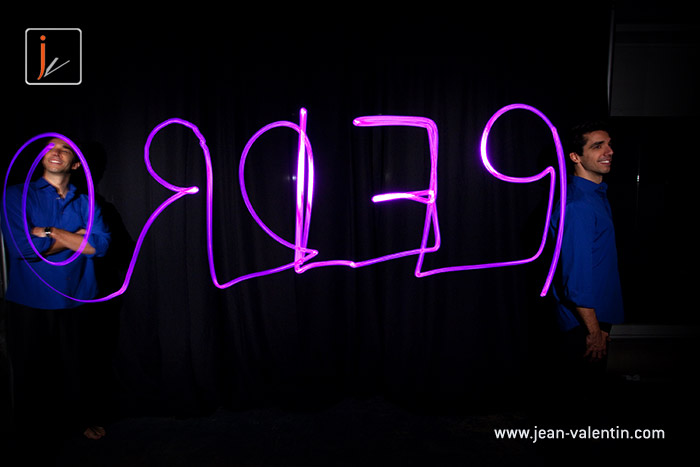 As you can see, he did actually write with the light his name. It was at the end of the day (after 8 hours of working) and I finally decided to take 2 different images and then combine them in PhotoShop (one with the writing and one with just him). Here are the images used for the final version:

And some outtakes while trying different settings: