Stephanie and Nick had a beautiful, intimate beach wedding at their friend’s house in Ocean City, NJ (note to self: gotta find some friends with a beach house). You will see the images in just a second, but I have to tell the story behind the first two images.

When I get to the bride’s house, among other things, I take pictures of the details. I told Stephanie that I would like to take a picture of the dress before she puts it on. We take the dress out of the plastic wrap and all the ladies in the room start complimenting the dress “Ooooh, it’s beautiful….” to which Stephanie replies: “The photographer made me buy it!”. My first reaction was “Huh??…I don’t remember saying anything like that…” I was blamed for many things in my life (ask my wife), but that was a first. She explained to the bridesmaids that at our meeting when I was explaining to her why it is better to see each other before the ceremony, to think of Nick’s reaction when he would see her for the first time in the beautiful dress….. She decided that the dress she originally planned on wearing would not have  created the WOW factor she wanted….thus the new dress. I don’t know how the old dress was, but this one was beautiful. I hope that the following image make it worth the trouble. 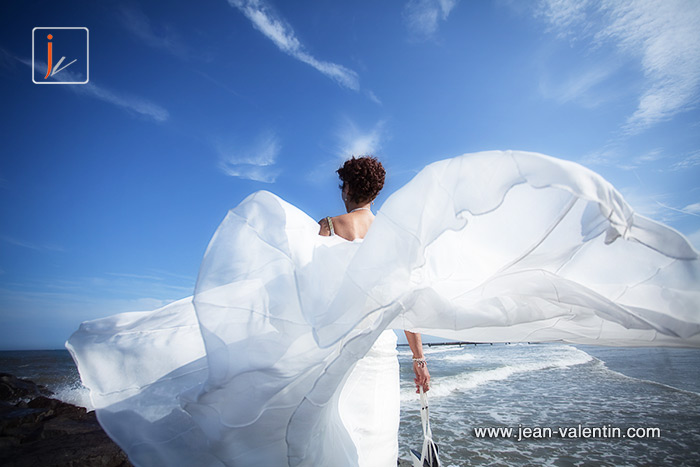 Now, to Nick….Stephanie told me that he was not comfortable in front of the camera (I have yet to find a groom that says otherwise) and he will likely not want to do the pictures, but to try. The first chalenge was to get him to go to the beach….come on Nick, it’s a beautifull day, you are right next to the beach, it’s a shame not to take advantage of it….He agrees. On the way there we were taking a few pictures to help him get more comfortable. Once we got to the beach, took some more pictures, he started to have fun. Once I saw that, I asked him to take his shoes off so we can take some pictures by the edge of the water. He was reluctant, but Stephanie started to charm him (read kiss him) and he took the shoes off. I can tell you that by the end of the session he was really enjoying it and we got some great images. 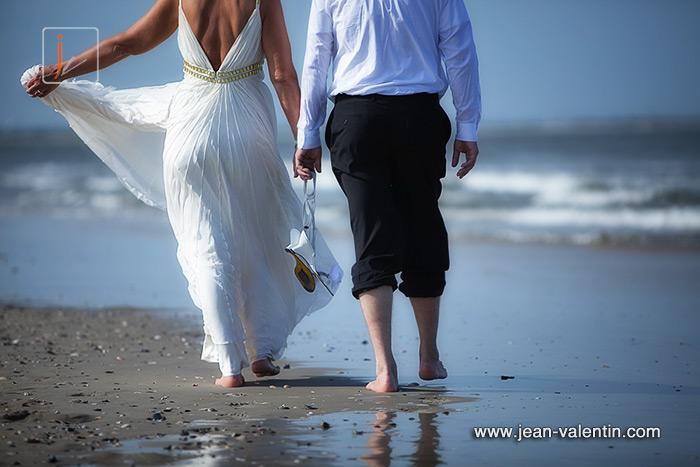 And of course, some pictures from the moment they saw each other for the first time (I wish more couples would do this; there are so many great moments that you can capture). 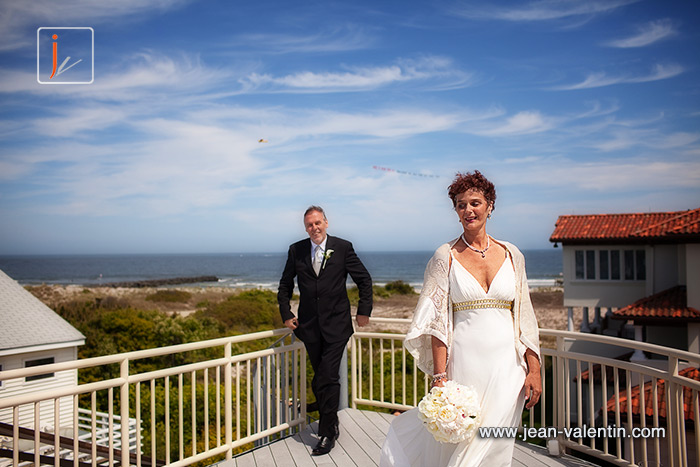 And a gorgeous flower girl…

Some details from the day…

Dish catering had some great food (you have to try their cuban pork sandwich….yummmy).

Stephanie and Nick, thank you for allowing me to be part of your special day. I really enjoyed capturing it and I hope you had as much fun as I did.